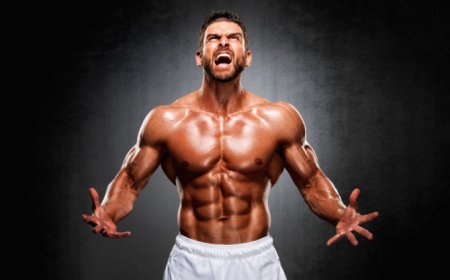 Pumping is a subjective feeling of bursting and tightening of muscles after performing physical exercises, with frequent repetitions of monotonous movement. Pumping is associated with an increase in muscle volume due to increased blood filling and edema of tissues. The increase in the volume of muscle cells occurs as a result of massive intake of sugar and other osmotic substances that pull water behind them, while the cell membrane becomes more permeable.

There are various variations in the concept of pumping:

Cosmetic pumping – is a pumping that is achieved before a performance or a photo shoot, in order to give more volume and relief. With this technique, you can increase muscle volume by 10 – 20%

Productive pumping – is achieved in the training process, in order to stimulate muscle growth.

Pharmacological pumping – is achieved through the use of special pharmacy.

Currently, there is no clear opinion on the benefits of pumping for bodybuilding. Accurate data, supported by studies, are lacking. Nevertheless, there are facts in favor of and against pumping in bodybuilding.

As a rule, pumping is achieved due to a large number of repetitions, the number of which exceeds 15. Currently, sports medicine is firmly convinced that multiple sets are ineffective if the goal is to increase muscle mass. The fact is that this approach involves the use of small scales, which are much weaker than stimulate the muscles to grow. And this is proved by dozens of experiments.

Training with a large number of repetitions has, as a rule, one pronounced effect – muscle pain that occurs as a result of accumulation of lactic acid in the muscles, acidification of the intercellular environment and the formation of other metabolic products. Lactic acid is the result of anaerobic glycolysis in muscles, in other words – slag. There is an opinion that the products of the disintegration of nutrients, or slags (including lactic acid), have a growth-stimulating effect on the muscles and cause increased secretion of testosterone.

In Günter’s words, obviously, lies the explanation of the biochemical meaning of the saying “Without pain, there is no progress in bodybuilding”; At the head of strength training, aimed at muscle mass gain, lies, among other things, lactic acid. However, keep in mind that muscle pain can be pathological in nature

In addition, in favor of pumping, blood filling is enhanced. Blood supplies oxygen to the muscle and various nutrients, muscle tissues become more resistant to stress and recover faster. The increased blood flow eliminates excess lactic acid from the muscle and restores the acidity level of the intercellular space, and this also contributes to recovery.