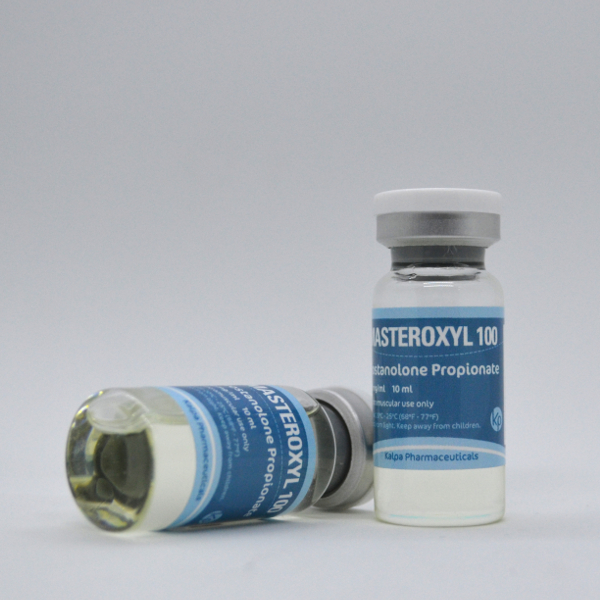 Masteroxyl 100 is an injectable anabolic and androgenic steroid made by Kalpa Pharmaceuticals. It contains 100 mg of Drostanolone Propionate per each 1 mL of solution.

Drostanolone propionate is the generic name for the Kalpa Pharmaceutical‘s anabolic steroid Masteroxyl 100, being a derivative of DHT. Drostanolone may be used either as part of a bulking or cutting cycle, its structure not being able to aromatize, resulting in accrual of lean mass. As such, water retention and gynaecomastia are basically non-existent.

Being a DHT derivative, the drug possesses high androgenic potential, but being altered with alkylation at the c2 position, its otherwise mild anabolic potential is significantly amplified. Masteroxyl 100 is also sometimes sought after as an ancillary drug, to reduce estrogenic side-effects, similar to how proviron may be added to a cycle.

As mentioned earlier, there are a multitude of ways to buy Masteroxyl 100 and may be used, such as

Being a propionate ester, drostanolone is best injected every 3-4 days, with a weekly dose of 300-500 mg being sufficient.